A Typical African Adventure – by Nicky from Belgium 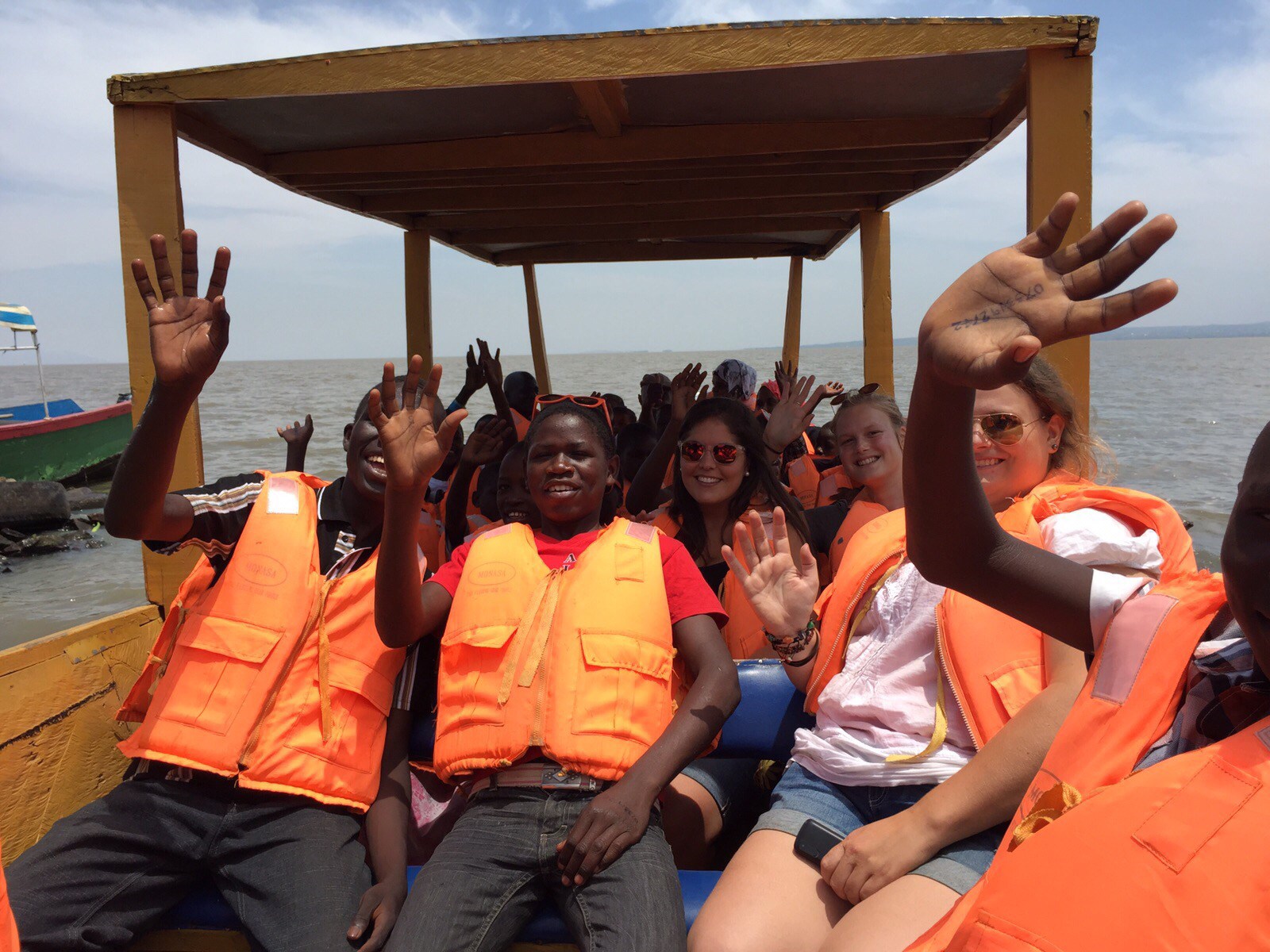 VOLUNTEER IN KENYA: Ndere Island, Impala Park and a lot of unforeseen circumstances

During the second week of my stay at Korando, David, Mareile, Angela, Leti and me were making plans for the weekend. We came to the idea to make a trip with the children who live at the school. Normally they just stay home and go to church, but we decided to give them one exciting weekend they would remember forever. Nobody could imagine it would be this difficult… .

Mareile heard from a place called Ndere Island National Park. It was not that close to the school, so we would need to take a boat first. She sent them an e-mail to describe our situation and to ask about prices and if they could arrange something for us. They didn’t answer, so we decided to go to the office of Ndere Island on Saturday morning for a short visit, before we were going to town We saw signs to this place at the side of the road before, so it could not be that difficult to find. But we were driving and driving and suddenly we arrived in the middle of nowhere. I don’t exactly remember how this happened, at some point the signs just weren’t that clear anymore. We decided to just follow the “road”, which looked at some points like there had never been cars on it before. On our way, we already found a matatu (taxi) driver, who wanted to drive us and the children to the island on Sunday. David saved his number and told him he would call later. We stopped at a boat place, but it didn’t seem like a way to Nndere Island, so we decided to go move on. Anyway, we were stranded in some small village of whom the people reacted like they had never seen mzungus (white people) before. Children were waving and yelling at us and running after the car the whole time. I can now imagine how it feels to be famous. David got out of the car to ask people the way to Ndere Island. There was this very helpful man who wanted to drive with us to show the way. We would reach the office in a few minutes. After a while we reached a boat place. It was called Camp David. The only problem was that they didn’t had boat trips to Ndere Island. They only wanted to bring us to a place called Mbuku Island –or something like that-. This David who owned the camp and his colleagues were talking the whole time about it, we should definitely go there. But when we asked them what we could see over there, the answer was simple: there was nothing to see. We tried to ask them if they could bring us to Ndere Island the next day, but after a lot of times mentioning they could bring us to Mbuku Island, it was clear they couldn’t bring us there. Then they told us they knew a guy, the “chairman” of the beach a little bit further away, and he could definitely bring us there. David from camp David had the phone number of the chairman, so our David called him. His English was not very good, but he told us that he was not at his beach and that he would come to Camp David, he would be there in a few minutes. After waiting a longer time than a few minutes, the chairman showed up. Again there was a whole discussion about all the different islands, and it was clear that nobody could actually bring us to Ndere Island. So we decided to go. The guy that showed us the way to Camp David was still with us, and he said that he would bring us to another place where they could definitely bring us to Ndere Island, but he seemed not so sure about it… . First it was two kilometers away, suddenly it was twenty. So we decided to drop him off were we picked him up and search for it ourselves. He became very angry and kept saying that we owed him money because he showed us the way. But it was the wrong the way and he was being very rude, so we didn’t want to give it to him. After a lot of discussing he went out of the car, we asked some other people the way, finally got on the right track and arrived at the office of Ndere Island. We would just go into the office, ask for the price, arrange something and come back tomorrow with the kids.

We went into the office and met a man who called himself, believe it or not, ranger David. After a lot of discussing again, he told us he could never give us a discount because he was a real ranger, and not another corrupt police man. We were all very tired and hungry, it was already afternoon by then, so we almost decided to give up. Then ranger David told us we should go to Impala park, it was way closer to our school and also way cheaper. Why didn’t we thought ourselves of this ?! After driving the whole morning and a part of the afternoon, which was all for nothing, we decided to have lunch and to visit Impala park after that. We ran almost out of fuel and were still in the middle of nowhere, so it was time to go back to the main road. Suddenly our car stopped. Luckily Mareile remembered something Torsten said before he left about the contact of the car, so David could easily fix it. Afterwards, we reached the main road, a gas station and a place to eat. After lunch, we decided to go to Impala park to have a look at the prices. There we met a guy called ranger Edwin, who wanted to “help” us. At first, he even tried to make us pay more, according to rules that were nowhere written down, but after a while he “arranged” something and we could come there tomorrow with the children. After this long day we finally had a plan ! David called the matatu driver who would come on Sunday to pick us up at the school, we did some groceries and were totally ready for the next day. The day at Impala Park was great ! The matatu driver didn’t show up, so we put 18 people in our minivan and took a matatu with three or four free seats with the other 12. It was a very adventurous start of this awesome day. When we arrived at the park, ranger Edwin was already waiting for us and let us –luckily- all in. We saw cheetahs, leopards, lions, giraffes,… . Zebras and impalas were just walking around freely. These are animals which almost every kid in Belgium already has seen, but for the Korando children it was a once in a lifetime experience, although these animals live so close to them and they know so much about them.

We even managed to get a really cheap boat trip and saw some hippos swimming very close to our boat. Even Alphonse, who is the biggest rebel most of the time, was laying quietly against me and watching them. After the boat trip we had our self-prepared lunch. When we were almost finished, monkeys came and wanted to eat all the leftovers. In a few minutes we were completely surrounded. In one way or another we managed to get out of this monkey gathering and continued our trip through the park. Compared to zoos in Belgium, this park wasn’t even that big or special, but the Korando kids were so happy to see it. It was really heartwarming to see their smiling faces all day and their enthusiasm to pose for pictures. I’m sure they will never forget about this day and I am so grateful we could have done this for them. It was totally worth the whole, typical African, search for it ! 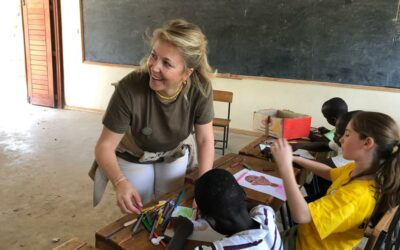 Virtual Cooking Classes After joining Better Me’s Child Sponsorship Program in 2020, Natalie had an idea. She had been supporting a bright Grade 6 student named Melinda, but she wanted to find more ways to connect with the children of Korando as lockdowns set in... 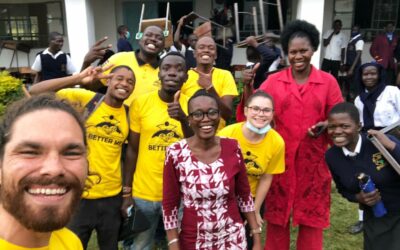 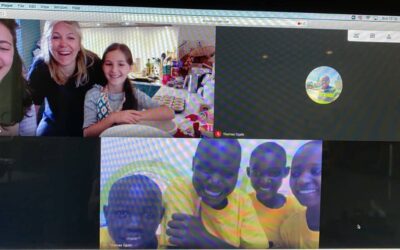 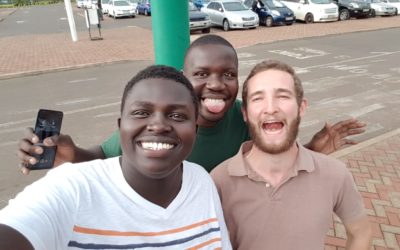 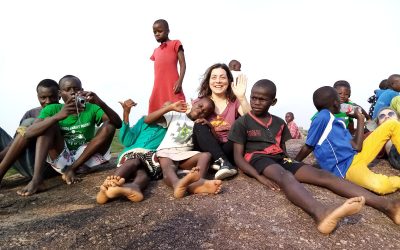 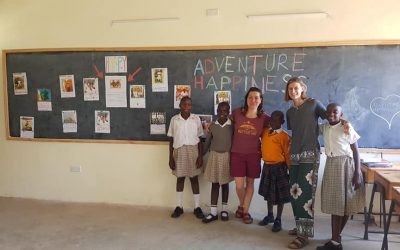