After our first night in Tanzania, we woke up with the sun to take a bus heading West towards lake Tanganika. We didn’t know where we were, no idea about where to find the bus station, but we asked around and finally got there after one hour. The main bus had left already, the one leave on time, no matter how many passengers are in there.

The other buses  belong to way smaller companies. So the owners decide whenever they leave, if they actually leave! So all the private bus owners fight together to get the passengers in their own bus. So that is what happens ( Rule 1) when a minibus or taxi or any form of transport bringing people to the bus station arrives, they all rush to it and grab the people’s bags. They literary fight over the bags, becauseas soon as you have someone’s bag, you bring it to your bus, and the person has to follow his or her bag, so this person gets literally pushed inside the bus. While we were waiting, I saw so many of them fighting over people’s bag, pushing and pulling, shouting at each other, the police guy who’s in charge of the bus station has to separate them every 15 minutes. And sometimes, if one guy succeeds to grab the bags, the competitors grab the ladies, and push her to their own bus, hoping that she will then claim for her bags back… This is as ridiculous as this is scary. I am glad that we arrived walking, so they came to us relatively smoothly. Any of them would have grabbed my bag (or me!) this way, I don’t know how I would have reacted but it wouldn’t have been good to see.

Rule 2 is that a bus in never full. Full is a notion that doesn’t exist for bus owners. So they wait until the sits are all taken before leaving the station, but no matter how many people will be found on the road waiving for the bus, they will stop to let them in. Until all the seats are full, all the little unfolding seats between the two row of seats are taken, and there is one person standing in front of every row middle seat, and the space at the front of the bus next to the driver and at the door is also filled with standing people. They fit their luggage on top of each other, travel will the most random things (it is not uncommon to have living chickens running around in there, or put in a bag, head out, or just hold by the wings by their owners). So always expect to be squeezed by people, or stuff, and never hope for a comfortable journey.

Rule 3 is that there is no intimacy. Especially during the pee breaks. Our bus stopped in the middle of nowhere, and I was wondering again what was happening and why everyone was getting down, until I saw them all walking towards the bush, everyone selecting a tree to pee behind. The ladies go a bit to the left, the man a bit more to the right. I needed to go as well so I went even though I felt very awkward. I couldn’t stop trying to picture that happening in Europe. A bus or a train stopping, everyone going down and peeing all together in nature. That sound like a hippy movie… I felt that it was a bit disturbing but  it’s part of the culture, so live it or leave it!

Rule 4 is that their time is messed up! Our bus ride took the whole day, so we arrived to late to catch the bus connection the the next city. We tried hitch hiking but there is no point doing that here… There is just no one on the road. You see a car every two hours or so… In Malawi it was easy, it’s a pretty densely populated country (17 million people in such a small country!), here it’s a lot of emptiness, with tiny villages from time to time where people have ox and donkey to go around but where cars are way too much of a luxury. So we slept there, had to pay 10$ again because it was a tiny place owned by locals who didn’t speak a word of English, but I wouldn’t have considered camping outside. So the morning after, we woke up at 5 to go to the bus station, to get the bus that was supposedly leaving at 7. It was pitch black. We got to the bus station and someone told us that the bus was leaving only early afternoon. We didn’t get it, we said that we had been told that it was living at 7. The guy nodded and said “yes! 7am”. Nevermind we thought, every time we ask for a time, we get something different anyway. We asked someone else at what time the phone shop would open to get a sim card. The guy told us 2am. Something was wrong. Then Schatz got it. In Tanzania, they have 6 hours difference to “real life” time. So if the bus is living at 1pm, they will tell you 7 am, and if the shop opens at 8am, they will tell you 2am etc. That is so freaking messed up! You wake up at 6am and your clock says that it is midnight! No wonder why they have so many issues, time is a BASE, you can’t play with time and make it whatever you want and randomly decide that 9 is 3 and 11 is 5 – There is most probably an explanation that I will do my best to find.  It is just meant to drive you crazy! So we were there at this bus station, have woken up at 5 am, to be told that the bus would only be leaving in the afternoon, “at 7am Swahili time”. 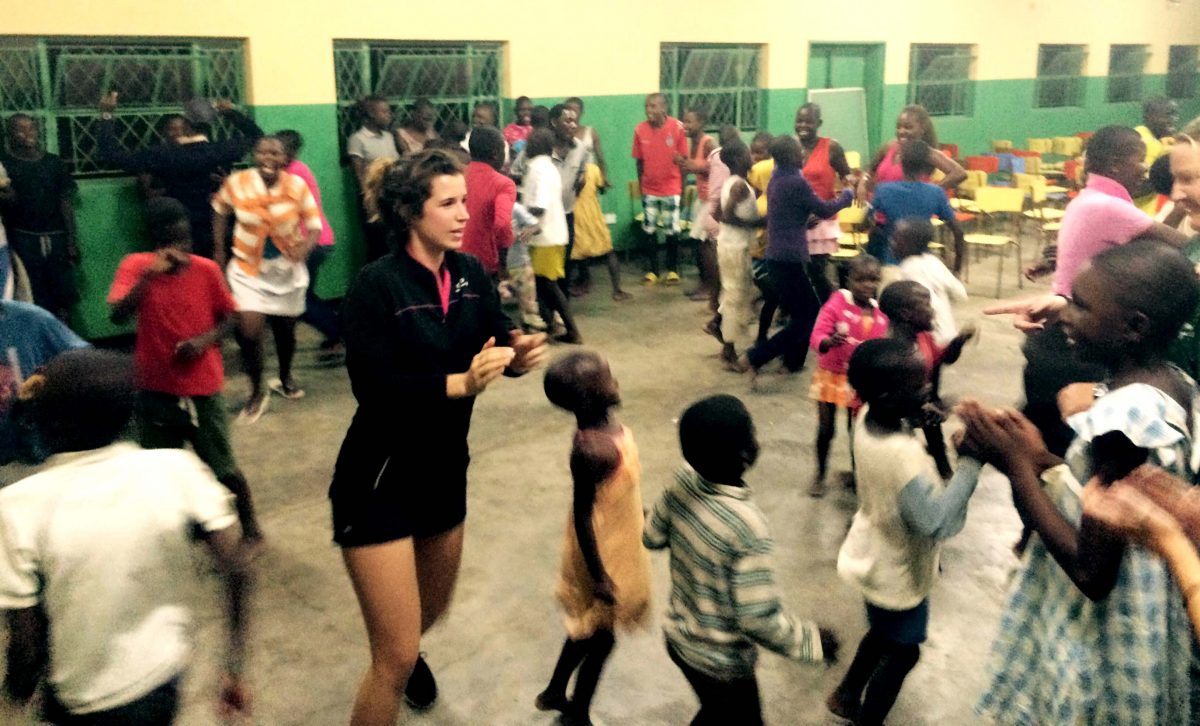 BULAWAYO, Zimbabwe. We met two British girls, Alex and Claire, who are coming every year since 5 years to volunteer at a conservation center and an orphanage. Last night they were organizing a little pizza party at the orphanage and we were invited to join. I'm so...