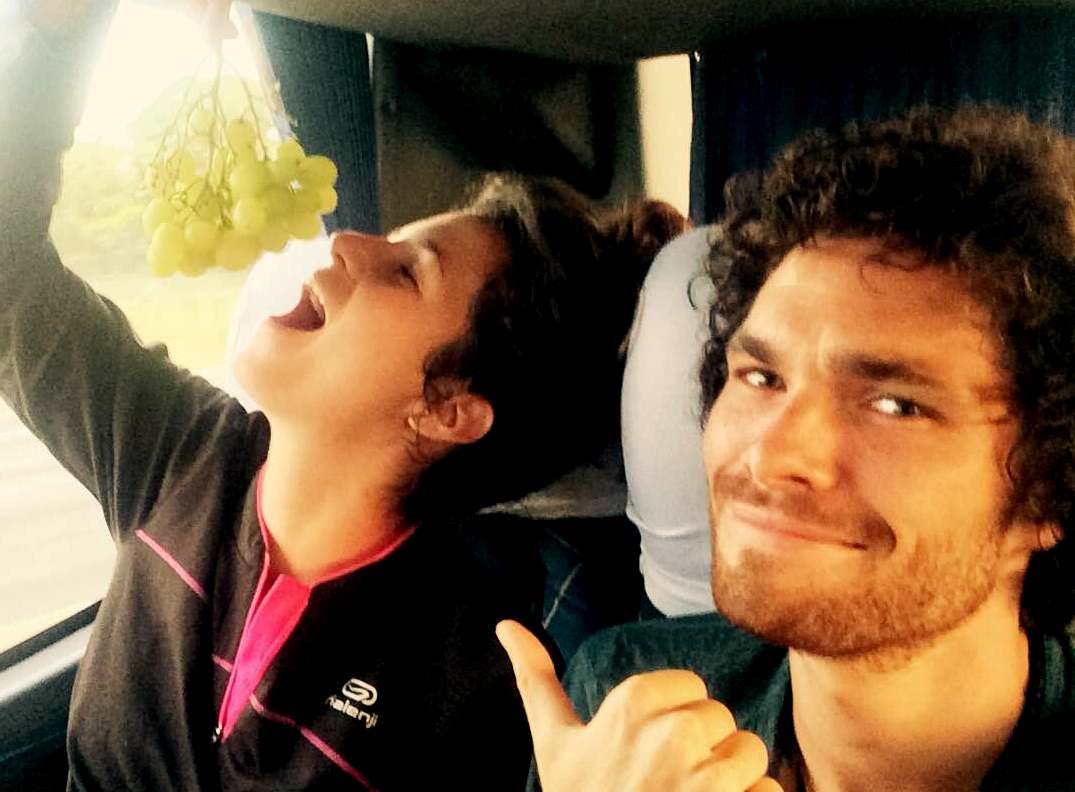 BULAWAYO, Zimbabwe. Time to leave South Africa. It has been short but so much happened already! Less than a week ago I was home, on Reunion Island (best place on Earth, check it out) having no clue about what was about to happen.

I finally flew to Johannesburg, met Toto’s friends, got enrolled in that silly-crazy-kind-of-insane project that my parents are honestly not 100% happy about ( even though it’s safer here than in Paris right now 😉 ), and now I’m sitting in Zimbabwe. Hell yeah, that’s what I call taking action :p

So we left Johannesburg thanks to InterCape, “the largest intercity bus service operating in South Africa, Namibia, Botswana, Zimbabwe, Zambia, Malawi and Mozambique”. We didn’t even have to beg them very hard. It was just someone that knew someone that knew the CEO, sent him an email, got a positive answer, transferred the request to their office in Joburg, ticket booked and there we go! It’s so cray how fast can things go (all that happened in the matter of 2 hours). I’m sure we would have tried to be sponsored by La SNCF it would have taken 2 weeks and 200 official administration requirement shit.

The way from the backpacker to the main station was kind of hectic. We walked to a main street, met random dudes who stopped one of those minibus taxis, Toto didn’t want to board in because of the golden rule that says “Never go with an empty taxi”; fair enough. We made it to the station area that can be described as a busy and kind of a doggy mess (for my very personal standards), got to the boarding deck 8 minutes before departure (in Europe a bitchy lady would have sarcastically told us something like “Mr,Ms, the boarding time is over, should I book you on the next departure?”), and we were already driving in direction of Zimbabwe. Sweet!

Around 00h30 they stopped us at a gas station to distribute us a complimentary meal (a very nice piece of chicken and fries that actually tasted like potatoes, 5 stars for Intercape!) that I didn’t want, so I gave mine to the lady that was in charge of cleaning the bathrooms and distributing toilet paper to whoever would walk in, hoping for a tip that would rarely exceed 10 cents. Her grateful smile was all I needed for a good night of sleep =)

What happened next was less pleasant. In the middle of the night, queuing at the Immigration Office, to get the wrong Visa. We were told that we could get a $50 visa for both Zambia and Zimbabwe with unlimited border crossing for 30 days. The best deal ever! Especially because that bridge between Victoria Falls (Zim) and Livingstone (Zam) is worth crossing a thousand times! But for whatever reasons that we could hardly argue about with the immigration agent unless we were looking for a crunchy story about how we got our entry refused, this boarder wouldn’t give that type of visa. So we paid $30, for only Zimbabwe, only a single entry. And we will have to spend another $50 for the Zambia visa. That’s crap! That’s $60 lost!!! Lesson for next time: double / triple check if you can get the visa you want at a specific land border, especially if it’s an exotic offer!

The rest of the ride was awesome, we slept like babies, open our eyes driving through the lush green savanna (I also pictured savannas more kind of yellowish but apparently it has been raining a lot lately, that’s awesome, lions will be easier to spot! 😀 ) but the arrival was slightly less comfortable. We stayed 5 min longer in the bus to get our stuff together, the driver told us to hurry if we have bags down : “We’re in Zimbabwe here! It will get stolen”. Alright, what a welcome. Then we planned to take the public transport to reach the place we’re staying at tonight, and two ladies told us that we rather take a taxi for $6, instead of walking in the city to take a bus at $2. And then she looked at me from head to toes and pointed her finger at me with threatening voice: “You’re a target!”. Sweet. Because I’m wearing shorts apparently (and also because we are white as f*ck, we can’t look more like tourists and we’re running around with big bags full of stuff worth stealing and reselling). I should have brought a long skirt. I have tons of them. Now I feel unsafe, I feel that I’ll need to buy something to cover my legs, it’ll be money spent again. Grrr. Toto said that it wasn’t that bad, that he was traveling with two girls before who were running around with shorts and the only thing they got were guys whistling and asking if they wanted to marry them. I could have handled that. But the lady kind of convinced me. Thetaxi driver Jerry accepted the ride for $4, so I thought that it would be kind of dumb to have our stuff robbed trying to save 2 miserable dollars. We took the taxi option. On one hand I feel that I’ve been such a p*ssy! on the other I feel it’s useless to take unnecessary risks. I’ll debate that further with myself.

We’re now at Travellers Guest House, a charming and lovely place (check out these working conditions :p) ! I’m glad. We’re figuring out where we’re going next. They’re apparently amazing ruins worth seeing in Zimbabwe be it’s totally out of our way. And we’ll have to spend money again, doing a detour. We need to think about this.

So far we’re being lucky! Be the odds stay in our favor :p

MONKEY BAY, MALAWI. Every 4th of every months, for the rest of the year at least, I want to remember this day as the worst day I can ever think of. I want it to make me realize how wonderful my life is, how lucky I am to be living in a first world country, because...